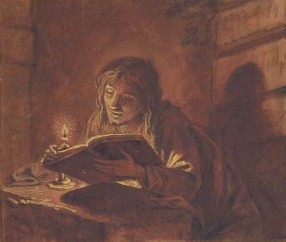 Today, September 19, has been decreed (by two guys in Albany, Oregon) to be Talk Like A Pirate Day. While I enjoy the whimsicality of that, since my mind always goes to books I wondered what books would suit if it were READ Like A Pirate Day. So I decided to explore that idea.

There are, of course, the classics: Treasure Island, by Robert Louis Stevenson, and Captain Blood, by Rafael Sabatini. Who doesn’t remember those with fondness? But what books would a modern pirate read? 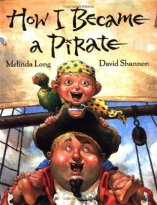 Perhaps, being a pirate with a somewhat busy lifestyle, he hasn’t had much time for literacy, so starting with a children’s book might be in order until he gets the hang of this reading thing. For instance, How I Became A Pirate, by David Shannon and Melinda Long, could be a great introduction. He might, however, be a vain pirate not fond of a character who claims that all pirates have green teeth. So perhaps moving on to a young adult novel would be wise. 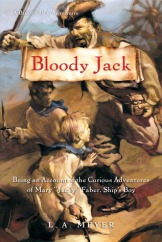 One could find enough reading to ride out the winter in the comfort of the captain’s cabin by perusing the Bloody Jack series, by L. A. Meyer. Jacky Faber is a ship’s boy on board HMS Dolphin. The only initial challenge is to keep the fact that “Jacky” is actually named Mary a secret from the rest of the crew. In a series of wild adventures that include shipwreck, boarding school, slavery, and piracy, Mary “Jacky” Faber spends a 12-book series getting herself and her friends into and out of hot water. 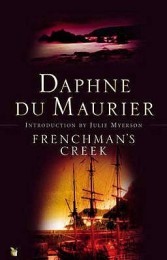 If the pirate wanted a break from sword fights and grog, Daphne du Maurier wrote a gripping romance set in Restoration England in which Lady Dona St. Colomb, sick of her indulgent life with her silly and ineffectual husband, takes the children and retreats to their estate in Cornwall, where the discovery of Frenchman’s Creek sets her on an adventure with a daring French pirate. But what happens when the adventurous have to come back to earth and recognize their responsibilities? Now the pirate is depressed. He needs some derring do, a bit of mayhem to get him out of the glumphs.

The perfect remedy is Empire of Blue Water, whose subtitle could itself take the pirate a day or two to parse: Captain Morgan’s Great Pirate Army, the Epic Battle for the Americas, and the Catastrophe That Ended the Outlaws’ Bloody Reign (whew!), by Stephan Talty. Although no extra description is necessary, let me just add that this is the real story of the pirates of the Caribbean, with terror, devastation, and political intrigue galore, enough to satisfy the most bloodthirsty of readers.

What is your favorite pirate tale? There are many more for the reading: This Goodreads list contains 537!

Get out there today and roll your rrrrrrrrrrrrs!

← Goodbye Stranger
The reader, not the book →