A brand-new Jack Reacher novel came out in October and, lulled by my positive experience of reading the last one, I enthusiastically put my name on the holds list at the library and jumped right on it as soon as it appeared on my Kindle. That’s the last time I will be doing that. 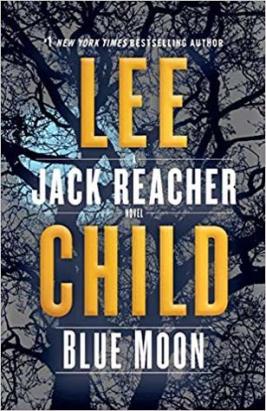 The book starts out like a typical Reacher story: Reacher is riding nowhere in particular on a Greyhound bus. A man on the bus exits, and is about to be mugged for his money; before the mugger can get away with it, Reacher is off the bus behind him and taking care that the mugger gets away with nothing. Then, with (previously) charactistic kindness, he offers to help the old man, who is shaken up and injured slightly, to get home. In the course of the action, he gets the old man’s tale, which is a sad one, and decides to see if he can help him in some small way.

The interesting part of the plot, to me, was that the old man’s money troubles were due to a sick daughter with no medical insurance, and the parents were struggling to pay her bills, ultimately resorting to borrowing money from the local mob as each test and treatment mounted up into the tens of thousands of dollars. Ah hah! I thought, Child is going to address some actual drama from real life, the way he did in the previous topical Reacher novel about opioid addiction, only this time Reacher’s going to take on the relentless rule of insurance companies over healthcare in America. Good for him! Alas, that theme disappears rapidly into a battle, instead, between Jack (on behalf of the impoverished family) vs. the loan sharks.

The plot takes a turn that honestly no one—even a diehard fan of these books—could believe. With a little help from a “petite, gamine” bar waitress, her two supposedly laid-back musician friends, and their buddy who used to be in some branch of the military, Reacher takes on two rival gangs, one Albanian and one Ukrainian, who between them have split control of the town and all its under-the-table dirty deeds. He ostensibly does this simply to get the old man’s money back…but he goes about it like an avenging angel focused on obliteration, and that’s what he achieves.

We are used to seeing the Jack Reacher who will take on five bullies at once, and put them down in the interest of making an impression; but we are not used to the Jack Reacher who carries four Glocks on his person and kills indiscriminately. I daresay there are at least 60 corpses in this story directly attributable to him, and maybe 10 of them could have been classed as self-defense. We are used to the Jack Reacher who befriends and has a casual romance with a woman in the course of his adventures; we are not used to the woman being an enthusiastic party to wholesale slaughter—Bonnie to Reacher’s Clyde—with a gun of her own and no apparent moral compass. We are used to the Jack who occasionally makes a friend and turns him into an ally, but in this book he does this with three men so nondescript and so obviously meant as mere foils and backup as to be nothing more than cardboard characters. Every time he referred to one of them by name, I had to stop and think, Um, who is that again? is that a Ukrainian? Oh, no, it’s Reacher’s ally. Right.

By the end of the book I was sickened by the callous and matter-of-fact killing of practically every character to whom we had been introduced. The Reacher of yore would have initiated some discussion at first, at least, but this one is bent on destruction. Where is his measured compassion and sense of fair play? The ultimate decision he makes in the last few pages, once he has achieved what he promised for the old man, was so out of character as to be ludicrous—and disturbing. And then he and his woman enjoy a cozy interlude back at her place and think to themselves, Better them than us! Really?

I am finally done with this franchise. I have been lured back several times by a return to the Reacher who acts for justice, a minor vigilante assisting the downtrodden who can’t act for themselves; but that man has morphed into a monster, and no longer exists. I will never trust his character again. Mr. Child, with this one you have truly jumped the shark. 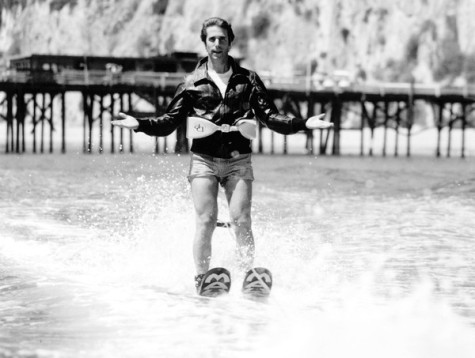