It’s so fun when you have a friend who also likes to read and who gets excited about what she’s reading and wants to tell you all about it.

It’s even more fun when your friend thinks she has discovered a new author, only you know something about this author that she doesn’t and can share that. 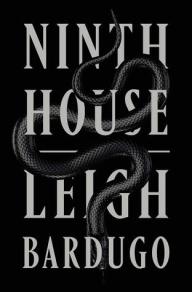 I went to a concert the other night with my friend Lisa, and while we were waiting for the performance to begin, she said to me, “Oh! I’m reading the BEST BOOK right now, I just discovered this author and I love everything about it, the story, the writing style, it’s so good! You have to read it!” Then she pulled out her phone, punched a few buttons, and held up a picture of the book cover, which was
Ninth House, by Leigh Bardugo.

Lisa looked surprised. “Do you already know about this book?” she asked.

“No. That is, I’ve heard of it, but no, I know her because she’s a young adult author.”

Lisa had no idea that before she penned her first adult novel, Bardugo had written the Shadow and Bone trilogy, the Six of Crows duology, and King of Scars, returning to the Grisha universe (as well as Wonder Woman: Warbringer). So I got to tell her all about those books, and recommend the ones I particularly like (Six of Crows and Crooked Kingdom), as well as tell her the story of when Leigh Bardugo was a brand-new, just-published author who visited Book Café at Burbank Public Library and did a stunning visual presentation for our teenagers of all the ways in which she had found her ideas for writing the Grisha books. 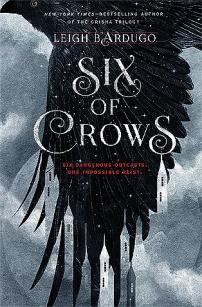 My comments about Six of Crows, from Goodreads:

I liked the first series by Bardugo well enough, but was fatigued by all the magic and angsty pseudo-romance by the end of it. But this one stars a good old-fashioned gang of thieves with skills and exploits attributable for the most part to themselves, not to their paranormal powers. There are Grisha in the mix, but they are much more human, and humanized by association with the rest of the characters. There is attraction among the characters, but it’s much more subtle and doesn’t take over the story, just adds to it. I particularly liked the main protagonist, Kaz, and the Wraith, Inej. And Bardugo’s writing has jumped up to beautifully lyrical, not an awkward word anywhere. Likewise, the world-building and plotting are amazing. Can’t wait to read the next one. 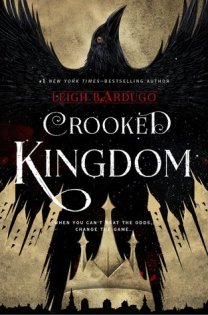 And about Crooked Kingdom:

I thought Six of Crows was good, but this one really raised the bar. I got about a third of the way through it and thought, how can it get better than this? and after everything that has happened, how can there still be two-thirds of the book to go? But there was, and things just kept getting more interesting, more desperate, more seemingly unsolvable and insurmountable, with a great big build-up that made me crazy to finish but made me want to savor it all at the same time. I ended up reading the last five chapters a couple of times; I’d read a chapter at breakfast and then at lunch, instead of moving on, I’d go back and read what I read at breakfast to make sure I had caught everything, seen all the possibilities, gathered all the nuance. You know a book is good when your first response at turning the last page is a more than half-hearted desire to start the book over again right that minute. Way to step up your game, Leigh Bardugo.

So now, I will have the pleasure of reading her first book for adults, and Lisa can go back and dip into her back list. Isn’t it wonderful to have friends who read? 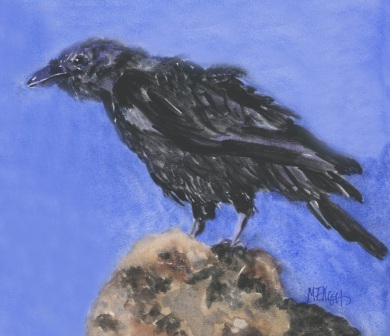