Books about the queen

Although I included The Uncommon Reader, by Alan Bennett, in a previous list of “books about books,” I hadn’t actually had the pleasure of reading it.
I finally got around to it recently, and felt I had to follow up with a little more detail about this delightful story.

A certain generation of us were raised with a particular consciousness of England’s royal family, because the abdication of Edward VIII from the throne (in favor of marrying a divorceé, Wallis Simpson, which simply wasn’t “done” at the time) catapulted his brother, Albert, to the throne as George VI. The key ingredient to this story for girls, however, was that George VI had two daughters, Elizabeth (the next heir) and Margaret Rose, who were instantly in the limelight, and we were fascinated with their every move—their dress, their hobbies, their education, their pets….

Already predisposed towards the love of princesses,
I came to know about the real ones through a book my mother bought me, called The Little Princesses, by Marion Crawford. The initial events took place in the 1930s when “Lilibet” and Margaret were five and two years old, respectively (well before my time), but the book, written by the princesses’ long-time governess, “Crawfie” (as she was nicknamed by Elizabeth), was published in the 1950s, and it crossed my path when I was seven—able to read its grown-up text but probably not able to understand some of it until re-reads years later. I was nonetheless fascinated with the whole story, and particularly the photographs of the princesses and their governess, dogs, ponies, and so on that were included in the book, and over which I pored at length.

The book explores the inner life of the royal family from the girls’ childhood up through Elizabeth’s wedding and the birth of her son, Prince Charles. It does so lovingly and without a hint of scandal or any lack of respect, but Crawford was nonetheless banned from the family (and from her employment) for writing it, despite her claim of having been given permission to do so. The rumor is that the Queen Mother felt the intimacy of the narrative would detract from the mystique of the holder of the throne. 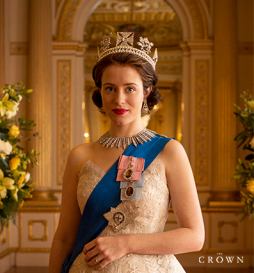 Cut to the recent past, when Queen Elizabeth’s early reign has been explored by the Netflix series “The Crown.” In it, Elizabeth is portrayed as deeply uncertain and vulnerable on the inside but formal, traditional, and almost staid in her mannerisms (particularly for a young woman) on the outside—ever conscious of her image and her duty to uphold a certain appearance. For those who had read the account by Crawford of her formative years, the portrayal was spot on, and continued a sense of exactly who Elizabeth II is in the world (even to the uncanny similarity of appearance between the actress, Claire Foy, and the young queen).

I preface my comments about The Uncommon Reader with all this simply to say that Alan Bennett also has an extraordinary grasp of both the woman and the office, and portrays her as a somewhat elderly woman who has pursued exactly the life Elizabeth II has lived, only to find that something has been missing that, upon its discovery, changes everything.

A short synopsis of the book: Queen Elizabeth, wandering outdoors in search of her beloved corgis, stumbles upon a bookmobile near the palace. She feels compelled by good manners to check out a book, which she struggles through, returns, and feels compelled to take out another. But this one she enjoys! This behavior is out of character for the Queen, who has previously allowed herself few hobbies or interests that express a preference for anything, and now here she is, preferring books, which habit begins to influence the person she is and how she reigns and interacts with her subjects. Not everyone approves, however; politicians and staff collaborate to steer her away from this selfish, isolating, alienating addiction!

In his tiny volume (shown here in my gargantuan hand just to convey size and scale), Bennett absolutely nails the personality, the inner thoughts, and the outer habits of the Queen, along with the judgments and expectations of those intimates of her court who are always on the lookout for aberrant behavior from their monarch, with the desire to neatly nip it in the bud. But Elizabeth isn’t going to be ruled by their expectations (after all, who is the queen here?) and quietly pursues her new hobby to an astonishing and humorous end. If you are a person who loves books about books, and you also have a sneaking fascination with England’s monarchy, don’t miss out reading this charming but also revelatory and even mildly subversive novella.