The mail brought me a delightful surprise this past week: Deborah Crombie’s latest in her Kincaid/Duncan mystery series. (I had forgotten that I had excitedly pre-ordered it a few months back.) It’s one of the British police procedural series that I follow religiously, but patience is required for this one, because Crombie is not a speedy writer. This is #18 in the series, and #17 was published in February of 2017, so it’s been a long 31 months in between. 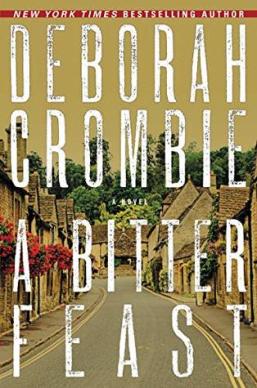 In A Bitter Feast, Scotland Yard Detective Superintendent Duncan Kincaid and his wife, Detective Inspector Gemma James, have been invited for a relaxing weekend in the Cotswolds countryside at Beck House, as guests of the family of Melody Talbot, Gemma’s detective sergeant. The Talbots are wealthy and somewhat notorious as the publishers of one of Britain’s major newspapers, and except for Duncan and Gemma and her friend Doug, Melody has been completely silent about the family connection so as not to influence her co-workers (for good or ill) due to her prominent family connections.

The weekend for which they have been invited is to feature a charity luncheon hosted at the Talbots’ home and catered by chef Viv Holland, whose current position as co-owner of a local pub doesn’t reflect her illustrious background as a Michelin chef. Lady Addie Talbot, always mindful of her own influence and desirous of helping her friends and protégés, sees this luncheon as an opportunity to increase the usually self-effacing Viv’s fame, and accordingly invites national food bloggers and restaurant critics; but this action sets some unexpected events into motion that will scar the day with tragedy and provoke additional crimes to cover someone’s tracks.

This was a somewhat subdued book in the series. That’s not to say it wasn’t thoroughly enjoyable, but it was a bit different in that Duncan and Gemma weren’t the principal cops on the case. You just knew, when the book opened with the prospect of an idyllic country weekend away for the entire Kincaid/James clan, that it was too good to be true, and sure enough a car accident puts Kincaid out of the picture before he can even arrive at the Talbot estate. When the investigation of the two people in the car that hit him turns up a finding of suspicious death, Gemma and Duncan both become involved in the solution of this and another, later crime; but because it’s not their turf, the lead is taken by a local inspector, and they are demoted to the role of helpers. Additionally, because of Duncan’s injuries he’s not his usual competent and capable self, distinctly shaken by the accident and its aftermath.

The mystery is a good one; I enjoyed the past-and-present details of the life of Chef Viv Holland, including all the delectable descriptions of the food she was producing, the cast of characters inhabiting her restaurants (Ibby, Jack, Antonia, Bea, and the charismatic but volatile Irishman, Fergus O’Reilly), and the complications of her personal life. Likewise, the disclosures about Melody Talbot’s parents, Ivan and Lady Addie, the picturing of their beautiful home with its Gertrude Jekyll-inspired gardens, and the sleepy autumnal setting of the golden Cotswolds is compelling and lends additional charm.

One thing that put me off a little: The book became particularly busy, with too much back-and-forth trading off of cars, duties, and childcare, because of the presence of the entire family. Although son Kit plays a somewhat pivotal role in this book, the constant need for Gemma or Duncan to find someone to watch Toby and Charlotte so they could go off and solve crimes added a lot of unnecessary detail, as did all the descriptions of places and activities pursued specifically to entertain the children, from zoos to ice creams to croquet. The story might have been less cluttered if the kids had all gone to the grandparents for the weekend, leaving Gemma and Duncan to enjoy their holiday unfettered and (later) to pursue their sleuthing. Of course, life is messy and cluttered and busy, so perhaps I am just reacting from the perspective of a single person without too much patience for this kind of thing!

Although this is not my favorite of Crombie’s series, it certainly stands up as a worthy participant, and is well worth the time. I just wish she were a faster writer; it’s a long time between books, and I miss Duncan and Gemma while they’re gone! 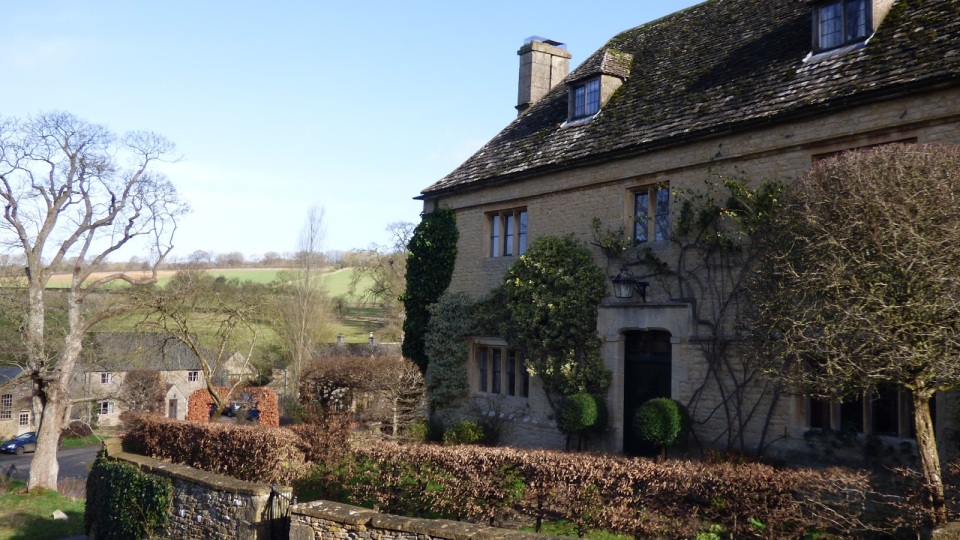 READERS’ ADVISORY NOTES: This is a great series for dedicated mystery readers whose preference is for detectives with whom they can become familiar and develop continuity and relationship. Both the personal and professional lives of these two are intriguing, and even more so for being lived together. Crombie’s usual habit (not seen in this one) of alternating the lead in each book between Kincaid and James keeps the series fresh. The mysteries are usually satisfyingly complex and mystifying, and maintain attention throughout. And for those whose preference is specifically the British mystery, you can’t beat Crombie, her surprising nationality as a Texan notwithstanding.