I am currently obsessed with the Icelandic Christmas tradition of jólabókaflóð, which roughly translates as “Yule Book Flood.”
Those Icelanders are a literate bunch, and their idea of the best time ever is to gift one another with a new book on Christmas Eve and then (get this), retire to their beds with said book and a cup of hot cocoa to read away the night! 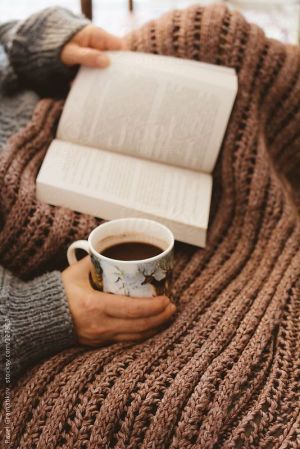 Unfortunately, this tradition wouldn’t go over big with my family. Some of us are readers, and some of us are not, and even those who have the reading bug want to be reading what they want to read and not what someone else prescribes for them. One year, my cousin Kirsten and I tried to introduce a new Christmas Eve tradition of reading aloud one of the Christmas classics, in between dinner and gifts, but we unwisely began with a story both too long and too complex to go over well (A Christmas Memory, by Truman Capote), and after reading for 10 minutes or so, there were howls of “let’s get on with it!” from the children and the irreverent, so we never tried that again. (Singing around the piano likewise met with derision.)

This is not to say that I have given up the dream, however. Now that I have a reading blog, how about if I foist that dream onto you? Here is a list of Christmas classics—short stories, novellas, and books—that might adapt well to a read-aloud around your winter fire.

The Cricket on the Hearth, by Charles Dickens
A sentimental story centered around two families (the Peerybingles and the Plummers) and the wealthy toy merchant Mr. Takleton who attempts to thwart them. The story features love, jealousy, suspicion, deceit, and a happy ending couched in domestic happiness. The cricket of the title is the guardian angel of the Peerybingle family, lending a touch of magic to the tale. Currently less well known than Dickens’s A Christmas Carol, this was the more beloved of his Christmas tales at time of publication.

“The Gift of the Magi,”
by O. Henry
A classic short story written in 1905, Magi relates the dilemma of a young couple poor in possessions but rich in love, and the sacrifices each must make to buy the other a gift for Christmas.

The Melodeon,
by Glendon Swarthout
Written for Doubleday in 1977, this book was turned into a film called A Christmas to Remember, starring Joanne Woodward, the following year. St. Martin’s Press re-released the book in 1992 under the title A Christmas Gift. It is a sweet tale of growing up on a Michigan farm during the Great Depression of the 1930s. A middle-aged man remembers a Christmas Eve miracle of his childhood, involving an antique pump organ (melodeon), a 1928 Rumely OilPull tractor, and a strange cavalryman in a blue uniform.

Once Upon A Christmas, by Pearl S. Buck
Buck wrote stories each year for her family and put them together in this book of Christmas reminiscences. While focused on the many manifestations of the Christmas spirit, some are felt to be too depressing, but all are insights into Buck’s life and times, some with the interesting twist of being set in China or Vietnam.

An Irish Christmas Feast: The Best of John B. Keane,
by John Brendan Keane
An omnibus collection of more than 50 stories that draw on the rich folk culture of County Kerry, Ireland, with as much squabbling, toasting, poaching, and praying as anyone could wish for from country people during the Christmas season. 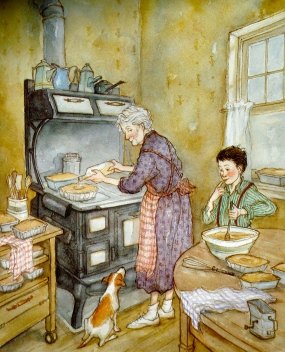 A Christmas Memory, by Truman Capote
The touching auto-biographical story of seven-year-old Buddy and his cousin, the sixty-something Sook, and their yearly quest, despite their poverty, to gather all the ingredients necessary to bake fruitcake for everyone of their acquaintance.

From this selection, you are certain to find a story that resonates with you and possibly with others who will appreciate it with you this Christmas.