Fairy tales are being well represented in the world of literature these days, and I don’t mean yet another pallid re-telling of some archetypal classic, I mean new and original Story. 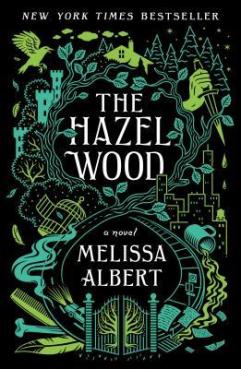 I just finished reading The Hazel Wood, by Melissa Albert, and I don’t know how its discovery eluded me between its publication date in 2018 and now, particularly with all the encomiums it has received from the likes of The New York Times, Kirkus Reviews, and Booklist, among many others. Eventually, however, hints of its renown sifted down into my consciousness, and I ordered a copy.

Having just suffered through the disappointing first 50 pages of yet another turgid, bulky, awkward fantasy by a supposed queen of YA literature and making the decision not to continue reading it, I picked up Albert’s book with a little trepidation, but from the first sentence—”My mother was raised on fairy tales, but I was raised on highways”—I was completely enthralled.

Alice’s stories of bad luck and trouble that follow her nomadic existence with her mother, Ella, seem unlikely yet inevitable, and when they finally find a reprieve in a letter sharing important news plus a new husband for Ella who is able to provide all the advantages Alice has never known, she seems so surly and ungrateful for what she has received. Her instincts about the ephemeral quality of their new life prove more reliable than Ella’s, however, and when she and her friend Finch encounter ever more bizarre circumstances in their search for a supposedly kidnapped Ella, Alice feels like the trouble around her is more familiar than not.

It all proceeds from the obscure little book of dark fairy tales Alice’s grandmother, Althea Proserpine, brought into the world. Alice has never gotten her hands on a copy, but schoolmate Ellery Finch is a super-fan who can fill Alice in on the contents of this somewhat nasty little collection. Alice resolves that a trip to the Hazel Wood, somewhere in upstate New York, where her grandmother lived near the supposed entryway into the Hinterland from where the stories flow, is necessary to rescue her mother; but relying on Finch to get her there is a doubtful advantage, knowing his loyalty is suspect.

This is a classic portal tale, wherein fairy tales are also to be found, but only behind a door to a place you may not, in the end, wish to visit. It’s written in a literary and intelligent manner, well plotted, and has a satisfying story arc. It contains some surprises that were actually predictable if you were paying close attention, but the fact that they could be expected doesn’t detract from their relevance to and enhancement of the story. The Hazel Wood is a consistent and engaging celebration of the sometimes horrifying origins of Story, and I loved it from beginning to end, including the cover art that so wonderfully foreshadows most of the activity in the book.

The irony in my thorough enjoyment of this book and the next I am about to discuss is that I have not previously been a big fan of fairy tales, having always found them dark, disturbing, and inexplicable; but this book and the next made some sense out of them for me. I appreciated the two “found” tales from Proserpine’s book at the end of this one.

(There is a sequel, The Night Country, which was just published last month and, obeying the behest of a Goodreads friend who said “read the sequel while the events of The Hazel Wood are fresh in your mind,” I have placed it on order.) 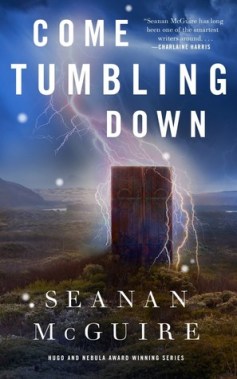 The second work that is currently reinforcing the portal story in the world is the latest volume in the Wayward Children tales by Seanan McGuire. I have enthused in the past over this gem of a series—if you are unfamiliar with the previous four books, please read my review, here.  The fifth entry, Come Tumbling Down, harks back to Jack and Jill, the twins whose history was explained in book two, Down Among the Sticks and Bones.

The conclusion that Melissa Albert approaches in The Hazel Wood and that Seanan McGuire has fully realized in her books, which is something I never really understood until having read this one, is that fairy tales aren’t supposed to be nice, and the protagonists of the tales aren’t necessarily benign and pleasant people. As Sumi from the Wayward Children books says, none of the children who have traveled to other worlds and returned are in the normal range of character—they are all from the land of misfit toys. They all realize they are heroes of some kind, if only of their own stories; but heroes may have to be ruthless, heroes make hard decisions, heroes may sacrifice themselves or choose to sacrifice others in the cause of the greater good, or Balance, or whatever geas their world has imposed upon them. Even in the world of Disney, heroes can be incredibly single-minded—and therefore self-involved—when pursuing a quest. These children who have traveled to other worlds are not Lyra, or the innocents of Narnia, largely unscathed; they are scarred by their journeys, tragic figures in some instances hollowed out and filled again with something alien that continues to call them. As hard as Disney tries to make fairy tales into benign and positive love stories, the goblins and sea monsters and gnomes keep rearing their heads and saying, Don’t forget about us, we are still here too. McGuire gets that, and it’s what makes her books both terrifying and so genuine that they bowl you over with their awful sincerity. 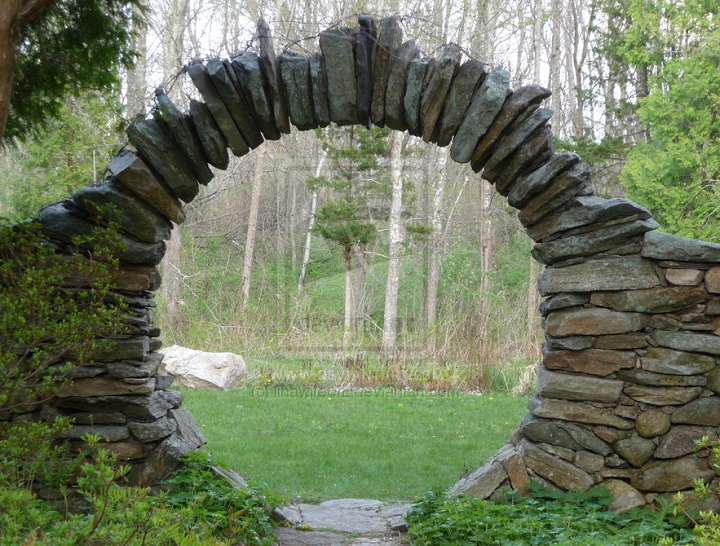 If you are curious about other portal stories with which you may be unfamiliar (besides the classics of Narnia or Wonderland), try Cornelia Funke’s Mirrorworld books and the wonderful Shades of Magic trilogy by V. E. Schwab. Also of note, in a more time travel kind of way, is Kindred, by Octavia Butler. Book Riot provides a longer list, many of which I can’t vouch for, but you go exploring in these other worlds and see!

← Gardens
In the world →