“What if the stories aren’t told?
What if they’re lived? What if you were forced
to live your life in the shape of a story that is
not your own, with no choice about who you are
and where you’re going?”

Ash & Bramble, by Sarah Prineas, has an intriguing premise…and buries it so deeply (the above quote is from page 265) that it’s hard not to be confused and frustrated before you arrive at a partial explanation; and after that it’s equally difficult to put up with the lack of certain details that end up detracting from the true potential of the book. 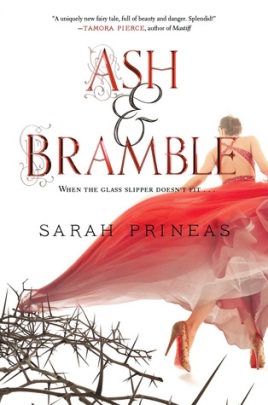 Despite all its publicity copy, I would not
call this a true fairy tale retelling.
It’s a book with a bigger concept,
a philosophical question in which fairy tales are used as illustrations, in a way. It reminded me a little of Cornelia Funke’s Mirrorworld series (Reckless, Fearless, and The Golden Yarn), in which various remnants of fairy tales are present but in a dark and twisted setting that isn’t about that trademark feel-good happy ending they all promise (marry-the-prince trope).

People may scream “spoiler” when I explain, but honestly, I would have been somewhat happy had someone spoiled things for me a little earlier on in the book. Basically, Story has become a powerful force in the world, and wants everything its way; it has co-opted the Godmother (nothing fairy-like about her) to enforce its will on the people by making them all act out the same stories, over and over and over again. In service of this series of “passion plays,” the Godmother has enslaved countless unfortunates to labor without ceasing behind the scenes to make shoes, sew dresses, dip candles, construct props, and spin straw into gold. So between the people working their fingers to the bone as prop-makers and the ones being forced onto the stage to re-enact the same tales, pretty much everyone in this book is miserable.

Pin (a seamstress) and Shoe (a shoemaker) are trapped in the Godmother’s fortress of fairy tale props, but because Pin possesses a secret artifact (a magic thimble), they have an advantage over their zombified colleagues and are able to look outside their presumed fates and aspire to something better. Unfortunately for Pin, the Godmother has her own magic thimble, is aware of Pin’s speshulness (although not aware of the twin thimble), and Pin wakes up one day to find herself cast by the Godmother as the lead in that hoary old tale of Cinderella.

I’m not going to say that I didn’t enjoy the book, because it had some wonderful aspects to it. I thought the world-building and scene-setting were good; I was enamored of a couple of the characters, intrigued by the idea of Story as a power all its own, and caught up in the action of rebellion. But when we get to the end of the book without finding out one simple thing—where the thimbles came from and what was their intended use (as opposed to the perversion of powers wielded by at least one of their wearers)—I have to admit that I gave the writer a great big “C’mon!” There were several other glaring unlikelihoods that I won’t share here but that have caused an outcry among some reviewers on Goodreads. With all of that, I wouldn’t tell you not to read Ash & Bramble, because in many ways it’s better than the bulk of the true retellings out there. But be aware that it is more a foe than a fan of fairy tale. 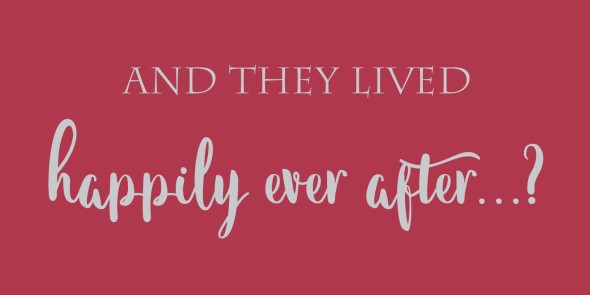