In the realm of science fiction writing, it mostly seems like the guys get all the love, so for this foray into older reads, I’m going to focus on some interesting and talented women writers, those who specifically address the interaction between humans and “aliens,” or between races of people, with a psychological, cultural, religious, and/or philosophical bent. The fact that these books, some of them decades old, are also completely relevant to many of our current circumstances is the mark of a good speculative fiction writer… 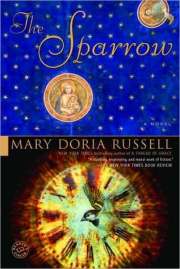 First up are two books by Mary Doria Russell: The Sparrow, and Children of God. Russell has a background as a paleoanthropologist, and she makes excellent use of it in this two-book tale of humans’ first contact with an extra-terrestrial civilization. The action in the first book jumps back and forth between 2016, when an expedition is being put together in response to the discovery of extraterrestrial life (obviously a 2016 more advanced than our own!), and 2059, when the leader of that expedition, a charismatic Catholic priest and linguist who is its sole survivor, is being examined by the Vatican in search of an explanation for how first contact could have gone so horribly wrong. In the second book, Father Emilio Sandoz is forced to return with a second expedition to discover all the ways in which the impact of the first mission has shifted the cultures of the dominant and submissive races on the planet. Russell writes a good story, but also explores sociological, spiritual, and scientific aspects of the situation she has postulated, resulting in a compelling read.

Ursula K. LeGuin is one of my favorite authors ever. She wrote the entire spectrum from fantasy to hardcore science fiction, but all from a philosophical, sociological, and anthropological viewpoint that makes them particularly fascinating answers to “what if?” (Her father was an anthropologist and her mother was a writer.) 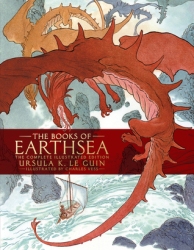 On the fantasy end of the spectrum are the Earthsea books, which started out as a trilogy (A Wizard of Earthsea, The Tombs of Atuan, and The Farthest Shore), but then got added to with a book of short stories (Tales from Earthsea) and two more sequels (Tehanu and The Other Wind). I point that out because while the original trilogy is completely satisfying, you wouldn’t want to miss the other two books; and the short stories add depth to the world she created, a world that is deceptively simple but that contains timeless and sophisticated themes. 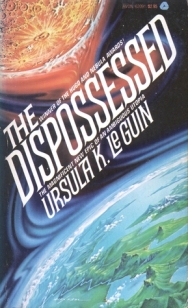 Among Le Guin’s many other books, my favorites are The Dispossessed—about a group of utopians who left their planet’s surface 100 years ago to settle on the moon so they could pursue their chosen lifestyle, and what happens when a physicist on the moon decides that he will break the forbidden silence between the two planets—and The Left Hand of Darkness—about a planet that is being considered by an Envoy (a person who travels to new civilizations to check them out) for membership in a vast intergalactic association. The sentient species on this planet is both male and female, and can switch genders, depending on various environmental and emotional factors, so that one person can be both a mother and a father in the course of their lives. The Envoy is the only person on the entire planet who is one-gendered, and it’s a strange experience for him, needless to say. LeGuin was always “fashion forward” in terms of the themes of her books, so for her to explore gender issues so thoroughly before the rest of us took notice is no surprise.

Next on my list is Sheri S. Tepper, who had a varied career as an executive director of Rocky Mountain Planned Parenthood in Colorado, a guest ranch owner in Santa Fe and, later in life, a prolific science fiction author. 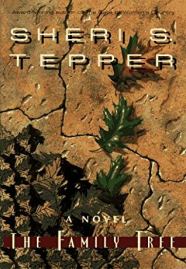 My favorite is The Family Tree. Police officer Dora Henry is looking into the murders of three geneticists who were working on a secret project. But while she is conducting her investigation, bizarre things start to occur: Plants start taking over the city, and dictating where people can and can’t drive by blocking the roads with trees. The weirdest part is that Dora can somehow communicate with the plants. Dora comes to realize (through an agency that I can’t reveal because it’s such a spoiler) that there is the potential for a civilization-ending catastrophe that she may be a key figure in averting. This is such a quirky and entertaining read, not to mention environmentally relevant for all of us in this particular moment.

Tepper has her own entry in the “alien contact” trope, and it’s a good one. It’s called The Fresco, and it starts out with a hilarious sequence in which Benita Alvarez-Shipton, the abused wife of an alcoholic loser, runs into two aliens in a remote wooded area of the New Mexico mountains, and they designate her, despite her protests that she’s “not anybody,” to take their message to her leader. So she hops on a plane to Washington, D.C. and tries to explain it all to her congressman. She thinks that’s an end to her involvement, but the aliens have more in mind for her to do. The book is a vehicle for cultural, political, and religious issues, and Tepper does, to be fair, have a particular agenda. But since I mostly agreed with her agenda, I enjoyed the book! You might, too. It’s wickedly humorous, as well. 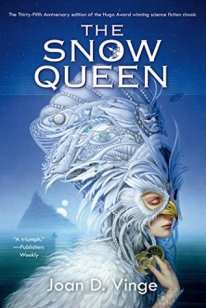 Another great sci fi writer is Joan D. Vinge. Her epic series is contained in three volumes: The Snow Queen, World’s End, and The Summer Queen, which are about a backwards little planet called Tiamat that happens to be a key transition point at the core of a galaxy, and the so-called primitives whose quaint society is maintained without change by the powers-that-be on other planets, simply to keep the transition point open for their trade ships, none of which stop at this planet. Every 150 years the “star-gate” closes, and then the primitives reign, but this time there are political moves being made to maintain the status quo. The theme of exploitation of a native people to maintain use of their natural resources lifts this trilogy beyond simple fantasy. 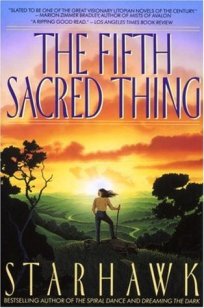 A classic book about what can happen when natural resources are treated with respect and what will happen when they are not is The Fifth Sacred Thing, by ecofeminist and permaculture teacher Starhawk. A group of spiritually and politically enlightened old women start a radical movement in the streets of San Francisco designed to result in a utopia in which water runs freely, everyone has enough to eat, and perfect equality is more than just a goal. By contrast, Los Angeles has adhered to the old ways, in which the people in power are privileged and everyone else is starving. What happens when these two cultures clash, the one an advocate of nonviolent resistance, the other a society with drug-reliant soldiers enslaved and trained to destroy? Walking to Mercury and City of Refuge are the sequels. 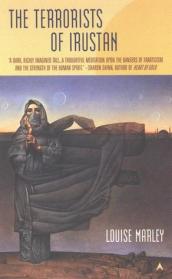 Finally, although I’ve mentioned it here before, I’d like to remind readers of a particular book by Louise Marley, The Terrorists of Irustan. The book is set on a planet that was settled by humans long ago, but where the Second Book of the Prophet reigns, where men maintain their dominant male culture and women are not seen outside the home without being wrapped head to foot in veils. The only women who maintain a tiny portion of independence are those who are trained as medicants, the poor excuse for doctors on this planet. (The men find the profession of medicine distasteful.) These women treat the colonists injured in the rhodium mines, and also minister to any others who are sick and injured. One such medicant, Zahra IbSada, makes a controversial personal decision in the course of her duties that will have unexpectedly wide ramifications for the women
on her world.

This concludes our tour of some powerful speculative fiction writers and their tantalizing works. I hope you will consider them when you are in the mood to be entertained but also want something of substance to occupy your mind.